NEW YORK—It’s not the season for restaurant discounts, but this year, casual dining chains are pushing price promotions throughout the holidays.

With consumers traditionally in the mood to splurge for Christmas and New Year’s, both on calories and cost, restaurants have pulled back on their discounts around this time.

But this year, with shoppers cherry-picking their stores based on deals, restaurants fear they’ll choose dinner outings the same way. Chains like Brinker International Inc.’sEAT -0.99% Chili’s Grill & Bar and DineEquity Inc.’s DIN -0.16% Applebee’s are using more discounts and advertising than in past years, catering to the cost-conscious consumer at a time when inhibitions should be lower.

In November, 61% of Americans said they plan to spend less on eating out in the next six months, according to Harris Poll survey, which is similar to the survey’s results from May, despite restaurant operators’ early predictions that business would pick up with the new year. 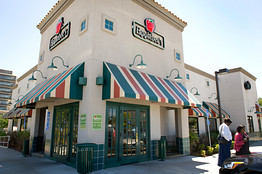 With jobless claims remaining stubbornly high and commodity inflation continuing, restaurants can’t afford a slow start to 2012. Technomic, a food industry consulting and research firm, said it has seen a large increase in holiday promotions this year, with November promotions nearly double for casual dining chains versus last year, according to Technomic’s MenuMonitor.

Applebee’s has been running heavy television advertising for its “Sizzling Entrees,” noting prices as low as $8.99. Chili’s is pushing major discounts on its website, with a “30 Days Of Daily Deals” promotion around Christmas, offering a coupon a day for things like a free kids meal or “Chips and Queso” appetizer, each with the purchase of an entree.

DineEquity’s IHOP is promoting four new kinds of “Holiday Hotcakes” for $4.99, which it hopes will jibe better with customers than some of its past efforts, like all-you-can-eat pancakes, which proved ineffective at driving traffic or profits.

“December is traditionally one of the higher sales months because of Christmas dinners and gatherings, all the shopping, not to mention people drink a little more, so normal restaurant theory was always to pause on TV and low-end deals until January,” said John Gordon, a principal at Pacific Management Consulting Group, an advisory firm for chain restaurants.

However, times have changed. Because the industry is so much more competitive these days, restaurants are worried if they “go dramatically dark” from advertising or offering price-promotions, another chain will take advantage of that, he added.

Darden Restaurants Inc., DRI -0.90% which held back from margin-pressuring deals throughout the recession, said last week on a conference call that now it’s starting to feel the pain of guest traffic declines as a result of the continued heavy discounting among competitors and the new mentality of consumers coming out of t he economic crisis.

The company says that going forward, it plans to focus more on value in its advertising, especially at its lately struggling Olive Garden chain. Analysts note Olive Garden appears to be running more television ads than it usually does this time of year. But even still, it’s holding off from posting prices on the commercials for its new baked pastas.

“During the holiday season, the marketing team at Olive Garden thought, a little more celebratory, a little bit less emphasis on value, a dish that was more distinctive, and they were comfortable…that this was an appropriate offer for the season,” said Drew Madsen, chief operating officer at Darden.

Write to Annie Gasparro at annie.gasparro@dowjones.com