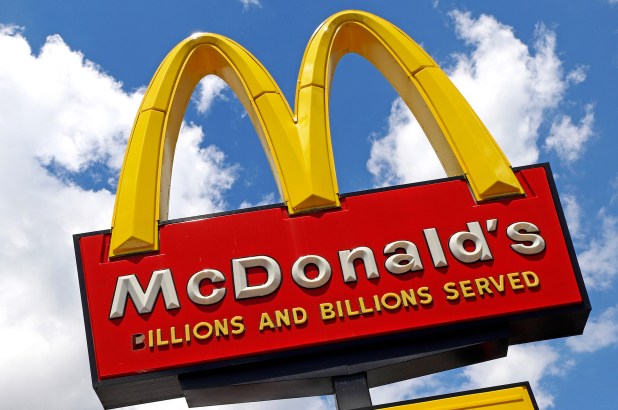 A McDonald’s in Tampa, Fla., recently advertised plans to pay $50 per job interview.AP

The restaurant industry is starved for workers –and some operators are going to desperate lengths to reel in prospective hires.

James Meadowcraft, a McDonald’s manager in Tampa, Fla., recently advertised plans to pay $50 per job interview on the sign outside his location that sits along a busy thoroughfare.

“I tried to make a little splash,” Meadowcraft said of the sign, which signaled that interviews would be conducted Mondays through Fridays at 2 p.m.

But the enterprising restaurateur removed the sign after just two weeks because it failed to lure a single candidate. “No one responded,” Meadowcraft told The Post. “I didn’t even get anyone trying to scam us.”

Experts say it’s a sign of just how difficult it could be for restaurants — from fast-food joints to five-star venues run by celebrity chefs — to ramp up staff as the economy tries to bounce back from its pandemic lows. As The Post has previously reported, low-wage workers are in short supply as generous government benefits stand to pay some people as much as they would if they were working a full-time job.

“The industry is very desperate,” John Gordon of Pacific Management Consulting Group told The Post. “Cash bonuses are not the norm in the restaurant industry.”

Full-service eateries and bars like The Galley and Mary Margaret’s Olde Irish Tavern in St. Petersburg, Fla., have taken to handing out $200 checks to all new hires as of March 25, managing partner Pete Boland told The Post. New employees also stand to snag “a potential raise after a 90-day performance review,” Boland said of the perks he’s advertised in a local trade publication.

So far, however, the offer has failed to lure any prospects, Boland told The Post. “It’s been a month and no one has responded to the ad,” he said.

Even celebrity restaurateurs like Stephen Starr, who operates eateries across the country including Buddakan, Pastis and Morimoto has taken to dangling $300 signing bonuses at some of his restaurants, he told The Post’s Steve Cuozzo.

Starr didn’t return a request for comment about whether the bonuses are working, but Jimmy Haber, owner of swanky chophouse operator BLT Restaurants, says the job market is so bad right now he doesn’t know if he should even bother rolling out his new bonus plan.

Haber, whose company runs BLT Steak and BLT Prime restaurants in the Big Apple, Miami and other locations around the world, “has strongly considered sign-on bonuses” to help with the job crunch, he told The Post. The plan would be to pay bonuses ranging from $500 to $2,000, depending on the position, between 30 to 90 days after hiring.

“But we can’t find any suitable candidates to offer the bonuses to,” Haber complained.

Of course, the failed efforts are unlikely to deter other restaurateurs from trying their luck as the industry scrambles to meet soaring consumer demand fueled by a growing vaccination effort and government stimulus checks.

Another McDonald’s franchisee, who asked not to be identified, said he recently started offering $200 bonuses to new hires who stay with the company for 90 days.

“A lot of operators” are offering $100 signing bonuses, he said, adding that it’s too early to tell whether either payment plan will help lure workers.

“Our staffing levels have not really changed from a few months ago, but the demand (from customers) has gone up dramatically,” the operator said. “Stimulus + tax refunds + pent up demand + extended unemployment has given the food industry and enormous boost all at once.”